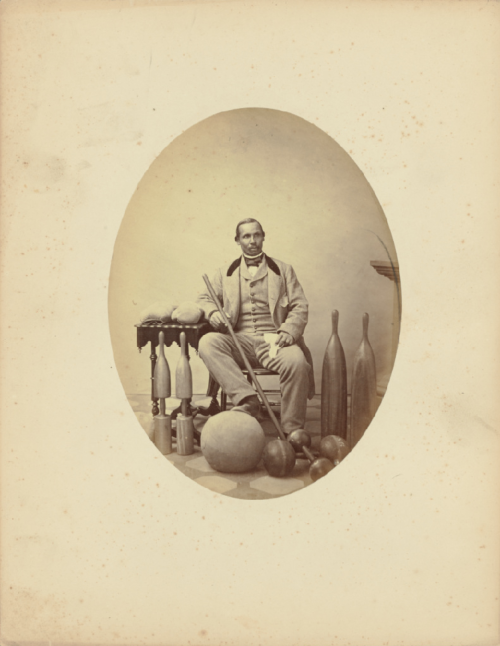 Aaron Molyneaux Hewlett, the first African American instructor at Harvard. He was the instructor and superintendent of physical education from the college’s gymnasium’s construction in 1859 until his death in 1871. Hewlett got the post because he was a boxing and wrestling instructor, first while he worked as a porter, then in “Molyneaux House” his own sparring academy. The New York Clipper, at the time the leading New York sports paper, considered him “one of the best boxers in Brooklyn.”

The 1866 portrait above was taken after Harvard recruited him. It is the first known photograph of a medicine ball in the United States.