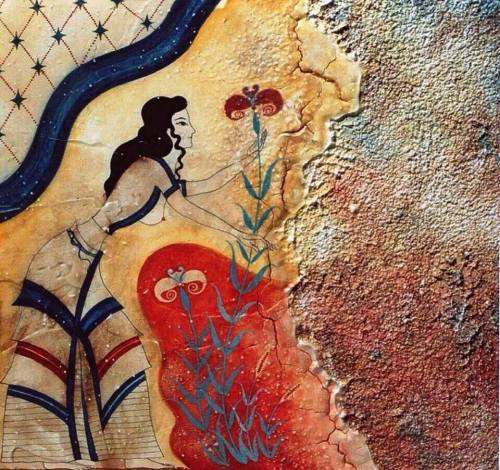 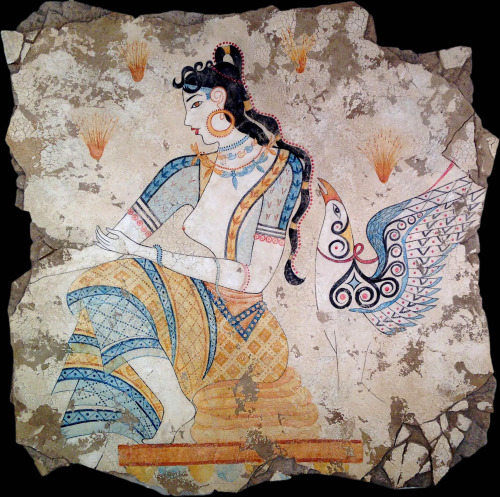 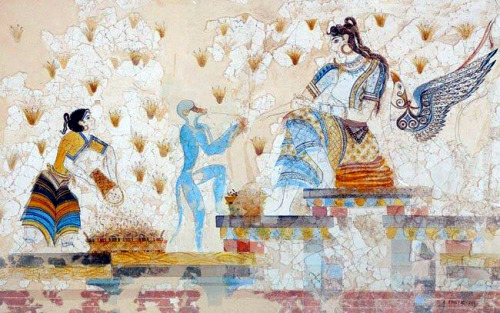 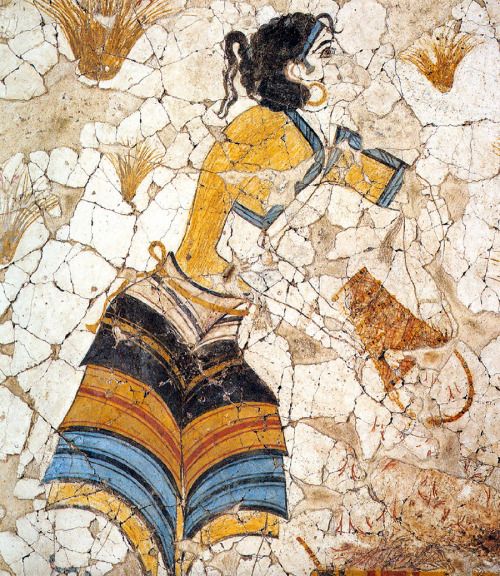 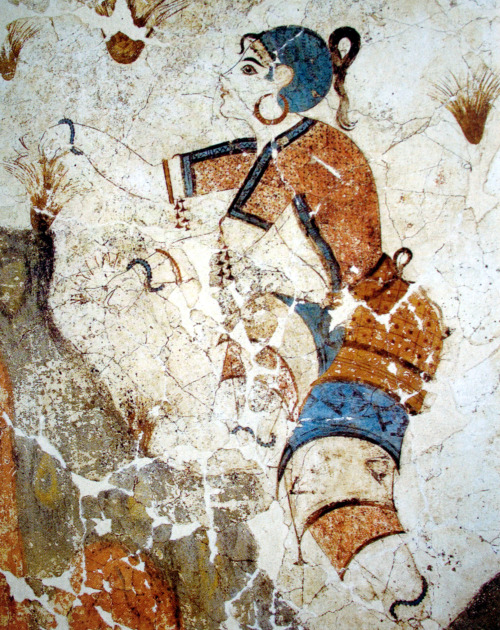 details of Minoan frescos portraying the collection of crocus (saffron plant), with offerings to the Saffron Goddess

All of the pigments used by the artists at Akrotiri for painting the frescoes look as though they are mineral based and thus have resulted in the great preservation of the pieces. The colors used in Theran painting include white, yellow, red, brown, blue and black. The technique used is not true fresco, except for a few isolated instances, and instead appears as though the painting was begun while the plaster was still wet, but as though the artist made no effort to keep it wet, and seemed content to complete the work on a dry surface. As a result, often on the same fresco, the paint has penetrated the plaster in some areas but flakes off easily in others.