The rest of my favourite cephalopod illustrations get their own post, because I’m always looking for an excuse to talk about the Visboek of
Adriaen Coenen.

Coenensz was a Dutch fisherman who decided to create his own book of fish facts in 1577, drawing on personal experience and the available literature at the time.

The result is incredibly cool, because it’s 410 entirely hand-drawn and lettered pages that contain copies of a ton of famous images, as well as original illustrations. There’s even evidence that it was shown at festivals and fairs in
Leiden with a 25 cent viewing charge, which is genuinely exciting from a historical perspective. But even if you aren’t as interested in that angle, it’s a work of art: 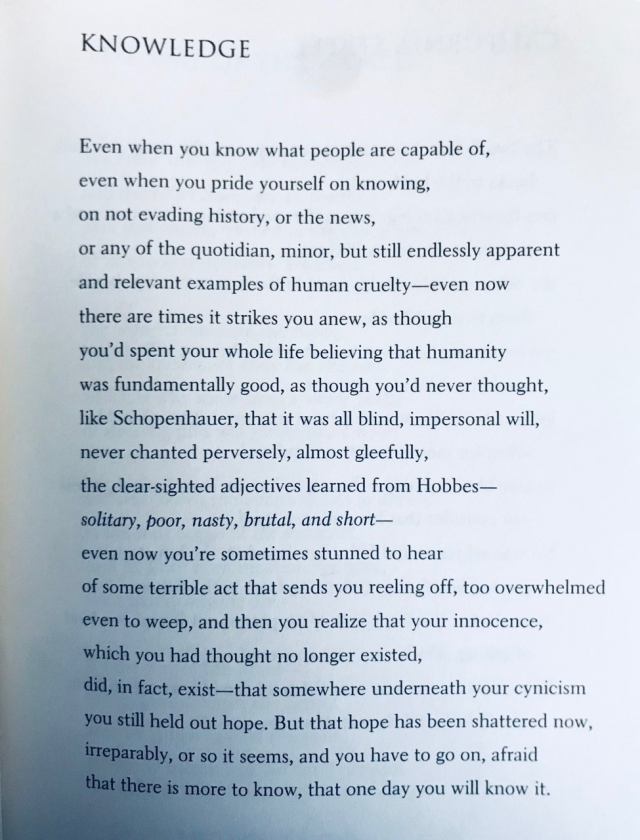 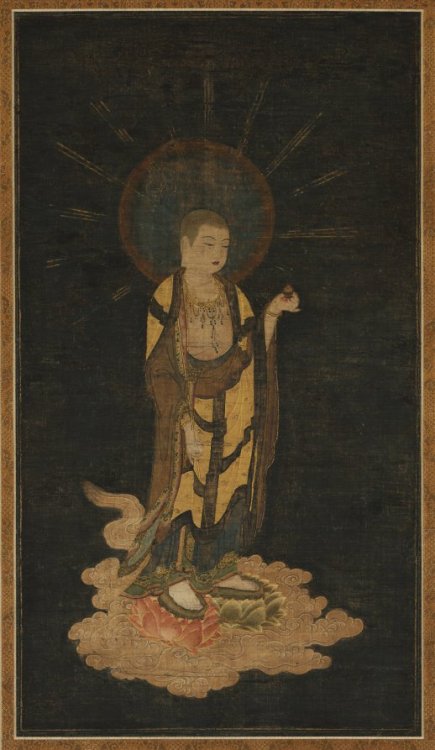 This painting depicts the bodhisattva Jizo—an enlightened being who refuses entry into nirvana in order to aid other beings in their quest for enlightenment—in the guise of a monk carrying a wish-fulfilling jewel and a golden staff with a finial adorned with jingling rings. He descends with each of his feet balanced atop a lotus pedestal borne by clouds to rescue a suffering believer who has called out for his help. Images of the Welcoming Descent of Jizo may be related to the Kasuga Shrine, where Jizo corresponds to the kami (Shinto deity) of the third shrine.
Size: Image: 59 x 33.2 cm (23 ¼ x 13 1/16 in.); Overall: 120.7 x 51.4 cm (47 ½ x 20 ¼ in.)
Medium: Hanging scroll; ink, color, gold, and cut gold on silk

Here, the sentence will be respected.

I will compose each sentence with care by minding what the rules of writing dictate.

For example, all sentences will begin with capital letters.

Likewise, the history of the sentence will be honored by ending each one with appropriate punctuation such as a period or question mark, thus bringing the idea to (momentary) completion.

You may like to know, I do not consider this a “creative piece.”

In other words, I do not regard this as a poem of great imagination or a work of fiction.

Also, historical events will not be dramatized for an interesting read.

Therefore, I feel most responsible to the orderly sentence; conveyor of thought.

That said, I will begin:

You may or may not have heard about the Dakota 38.

If this is the first time you’ve heard of it, you might wonder, “What is the Dakota 38?”

The Dakota 38 refers to thirty-eight Dakota men who were executed by hanging, under orders from President Abraham Lincoln.

To date, this is the largest “legal” mass execution in U.S. history.

The hanging took place on December 26th, 1862—the day after Christmas.

This was the same week that President Lincoln signed The Emancipation Proclamation.

In the preceding sentence, I italicize “same week” for emphasis.

There was a movie titled Lincoln about the presidency of Abraham Lincoln.

The signing of The Emancipation Proclamation was included in the film Lincoln; the hanging of the Dakota 38 was not.

In any case, you might be asking, “Why were thirty-eight Dakota men hung?”

As a side note, the past tense of hang is hung, but when referring to the capital punishment of hanging, the correct tense is hanged.

So it’s possible that you’re asking, “Why were thirty-eight Dakota men hanged?”

They were hanged for The Sioux Uprising.

I want to tell you about The Sioux Uprising, but I don’t know where to begin.

I may jump around and details will not unfold in chronological order.

Keep in mind, I am not a historian.

So I will recount facts as best as I can, given limited resources and understanding.

Before Minnesota was a state, the Minnesota region, generally speaking, was the traditional homeland for Dakota, Anishnaabeg and Ho-Chunk people.

During the 1800s, when the U.S. expanded territory, they “purchased” land from the Dakota people as well as the other tribes.

But another way to understand that sort of “purchase” is: Dakota leaders ceded land to the U.S. Government in exchange for money and goods, but most importantly, the safety of their people.

Some say that Dakota leaders did not understand the terms they were entering, or they never would have agreed.

Even others call the entire negotiation, “trickery.”

But to make whatever-it-was official and binding, the U. S. Government drew up an initial treaty.

This treaty was later replaced by another (more convenient) treaty, and then another.

I’ve had difficulty unraveling the terms of these treaties, given the legal speak and congressional language.

Although I often feel lost on this trail, I know I am not alone.

However, as best as I can put the facts together, in 1851, Dakota territory was contained to a 12-mile by 150-mile long strip along the Minnesota river.

These amended and broken treaties are often referred to as The Minnesota Treaties.

Synonyms for turbid include muddy, unclear, cloudy, confused and smoky.

Everything is in the language we use.

For example, a treaty is, essentially, a contract between two sovereign nations.

The U.S. treaties with the Dakota Nation were legal contracts that promised money.

It could be said, this money was payment for the land the Dakota ceded; for living within assigned boundaries (a reservation); and for relinquishing rights to their vast hunting territory which, in turn, made Dakota people dependent on other means to survive: money.

The previous sentence is circular, which is akin to so many aspects of history.

As you may have guessed by now, the money promised in the turbid treaties did not make it into the hands of Dakota people.

In addition, local government traders would not offer credit to “Indians” to purchase food or goods.

Without money, store credit or rights to hunt beyond their 10-mile tract of land, Dakota people began to starve.

The Dakota people were starving.

In the preceding sentence, the word “starved” does not need italics for emphasis.

One should read, “The Dakota people starved,” as a straightforward and plainly stated fact.

As a result—and without other options but to continue to starve—Dakota people retaliated.

Dakota warriors organized, struck out and killed settlers and traders.

This revolt is called The Sioux Uprising.

Eventually, the U.S. Cavalry came to Mnisota to confront the Uprising.

Over one thousand Dakota people were sent to prison.

After the hanging, those one thousand Dakota prisoners were released.

However, as further consequence, what remained of Dakota territory in Mnisota was dissolved (stolen).

The Dakota people had no land to return to.

This means they were exiled.

Homeless, the Dakota people of Mnisota were relocated (forced) onto reservations in South Dakota and Nebraska.

Now, every year, a group called the The Dakota 38 + 2 Riders conduct a memorial horse ride from Lower Brule, South Dakota to Mankato, Mnisota.

They conclude their journey on December 26th, the day of the hanging.

Memorials help focus our memory on particular people or events.

Often, memorials come in the forms of plaques, statues or gravestones.

The memorial for the Dakota 38 is not an object inscribed with words, but an act.

Yet, I started this piece (which I do not consider a poem or work of fiction) because I was interested in writing about grasses.

So, there is one other event to include, although it’s not in chronological order and we must backtrack a little.

When the Dakota people were starving, as you may remember, government traders would not extend store credit to “Indians.”

One trader named Andrew Myrick is famous for his refusal to provide credit to Dakotas by saying, “If they are hungry, let them eat grass.”

There are variations of Myrick’s words, but they are all something to that effect.

When settlers and traders were killed during the Sioux Uprising, one of the first to be executed by the Dakota was Andrew Myrick.

When Myrick’s body was found,

his mouth was stuffed with grass.

I am inclined to call this act by the Dakota warriors a poem.

There’s irony in their poem.

There was no text.

I have italicized the previous sentence to indicate inner dialogue; a revealing moment.

But, on second thought, the particular words “Let them eat grass,” click the gears of the poem into place.

So, we could also say, language and word choice are crucial to the poem’s work.

Things are circling back again.

Sometimes, when in a circle, if I wish to exit, I must leap.