Why did such terrible events
catch my eye? After Hiroshima,
I turned the picture in Life around
in circles, trying to figure out this huge
wheel in the middle of the air, how it turned,
like a ferris wheel, its lights
burning like eyes.
The atom spinning
on course over the sleeping
vulnerable planet. I turned it the way one might
turn a kaleidoscope or prism. Even then I
knew about the town lying under,
like a child sleeping under the
watchful gaze of a rapist, before the spasm of
stopped breath, the closure at the
scream of the throat, before the body is awakened
along its shocked spine to bursting
light, the legs closing, the arms,
like a chilled flower. That eye, that spinning eye

seeking the combustible.
This was a heat
I had felt already in our house on Norwood.
Everything
looked green, placid as a green field,
predictable as machinery — an antique clock.
This was the instant
before destruction,
the fiery atom stuck
as if under the control of the artist
before it spilled and became irretrievable.
Could it be sucked back
in its lead bag, the doors of the underbelly slammed,
and those men who would go on to
suicide and madness, go on instead
to become lovers, priests, Buddhist
smilers and scholars, gardeners in the small plots
of contained passion? 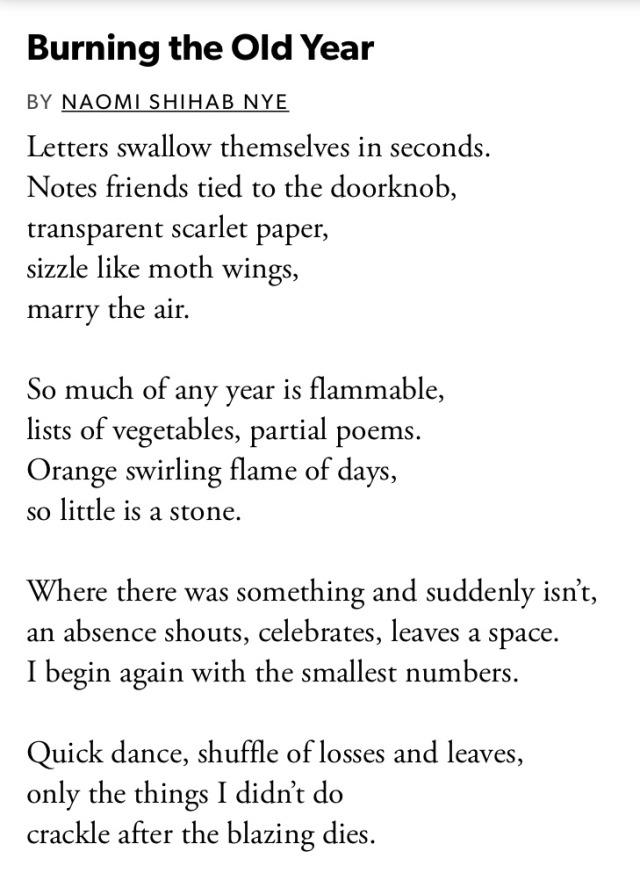 Increasingly indecisive, about matters both big and little, I have found that poetry is the one arena where I am not inclined to crank up the fog machine, to palter or dissemble or quaver or hastily reverse myself. This is the one scene where I advance determined, if not precisely ready, to do battle with what an overly cited Jungian described as the anesthetized heart, the heart that does not react. 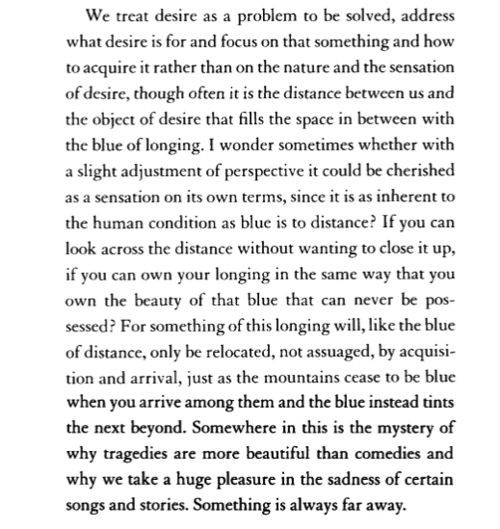 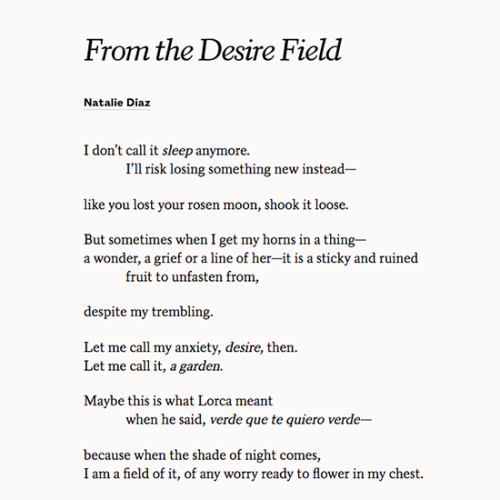 From The Desire Field – Natalie Diaz 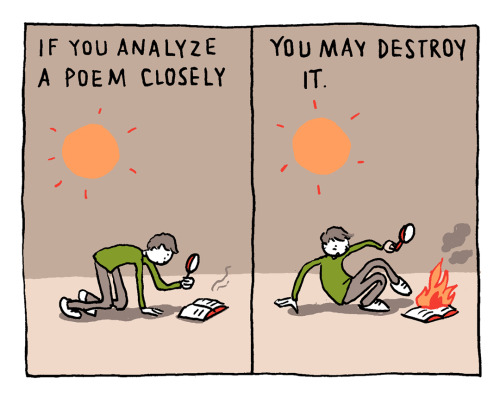 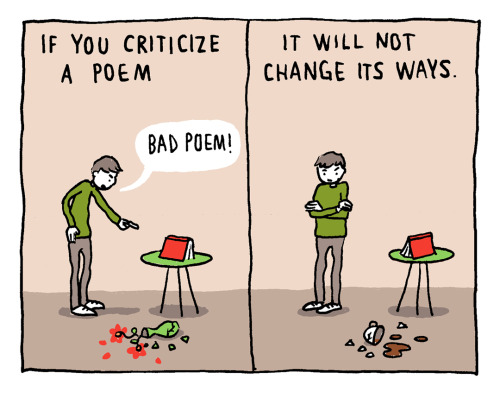 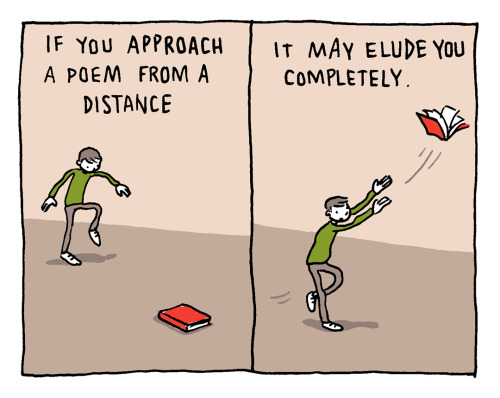 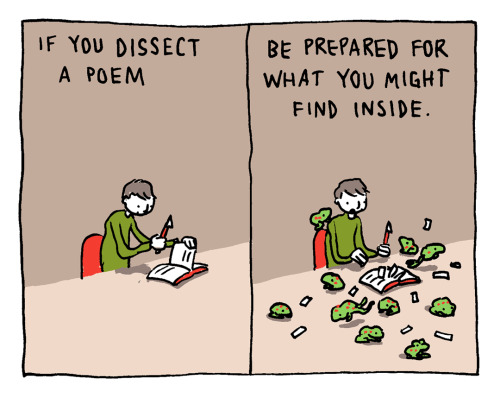 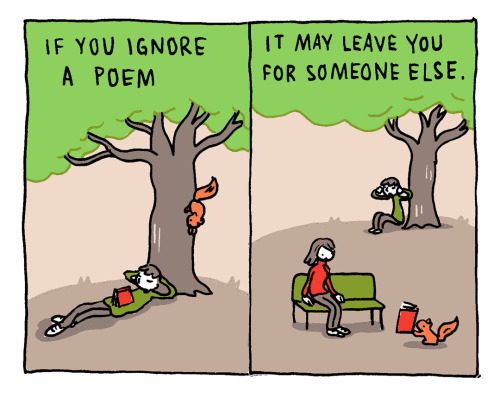 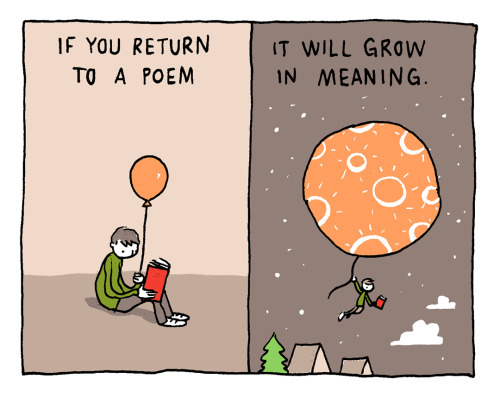 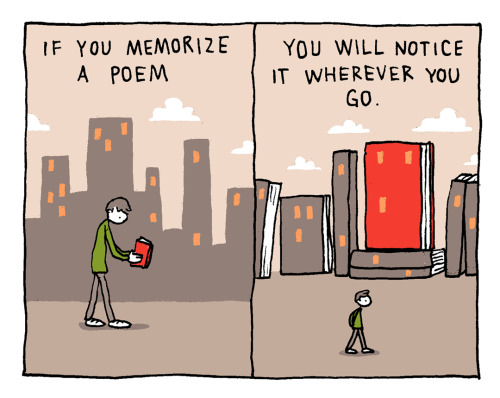 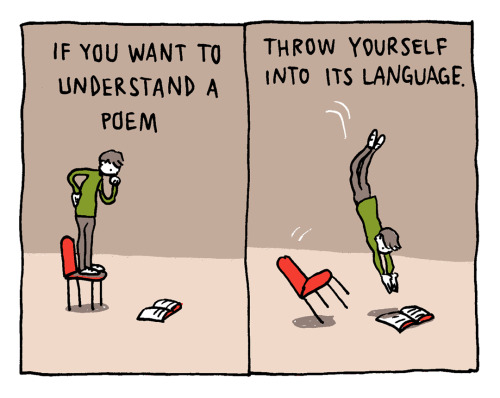 This comic appears in my new book, I WILL JUDGE YOU BY YOUR BOOKSHELF. You can order it from your favorite local bookstore, or find it online wherever you get your books!